I didn’t expect to be left to my own devices in June. But when client work took my husband Jim out to New York for a few weeks, and our son elected to spend the summer working in the university town out West where he’s getting his degree, I found myself with some unexpected time on my hands. I’m a freelance graphic artist, with a quiet passion for sketching, though I tend to fit the latter in as work—and life—allow. When Jim suggested that I take advantage of the time to explore and pursue my own drawing, I let my clients know I’d be off the grid for a few days, and made my way to the Traverse City, Michigan, area, with its many scenic beaches and lighthouses. I grew up there. It had been too long since I’d been back.

I didn’t have a firm agenda, but my goal was to revisit some of the lighthouses I remembered from my childhood. Four stood out in my memory: Mission Point Lighthouse, Grand Traverse Lighthouse, the North Manitou Shoal Light, and South Manitou Island Lighthouse. As soon as I drove into Traverse City, I could feel my heart quickening: this was familiar ground. 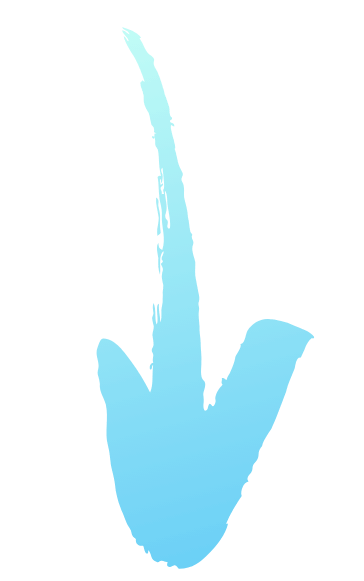 I haven’t done something like this before: just taken the time to pursue my own work. It feels good: the sun’s out, and I get an early start. I bring coffee in a travel mug. The air smells clean, and as I drive along Old Mission Peninsula, which projects out into Grand Traverse Bay, I leave my car windows open. The road is flanked by luminous cherry orchards and vineyards. When I first arrive, my only company is a lone birdwatcher, binoculars in hand, and I remember winters past, spotting snowy owls on the peninsula when I used to come here as a girl. Mission Point Lighthouse is made of wood painted white with a crisp black trim; it lends itself to sketching and I get to work, outlining the square tower. I recall how the lighthouse kept the waters of Old Mission Peninsula safe for ships for many years: 1870 through 1933, the birdwatcher tells me when he ambles by. Then I remember something my mother once shared, how a Captain John Lane and his wife Sarah were lighthouse keepers for a time here. When Captain John died in 1906, Sarah became the first and only woman lighthouse keeper for Mission Point. I think about Sarah, following her heart and staying strong on these windswept shores. Sipping my coffee and sketching, I can feel the history here.

My second day I head to Leelanau State Park on the Leelanau Peninsula, where the Grand Traverse Lighthouse has guided mariners for more than 150 years. My dad used to say that if the state of Michigan is shaped like a hand, Leelanau would be the little finger on the left, and I try to envision this as I drive through the park. The lighthouse itself, a two-and-a-half-story brick structure boasting a square frame light tower, is as I remember it, but as I settle in with my sketchbook, I recall learning as a girl that the present structure is actually the second lighthouse in this general location, and that the original tower was round. After some time, a friendly woman with a toddler in tow stops to watch me draw. “Some folks call this Cat’s Head Point Light,” she offers, before moving down the path. I think about the changes this building has seen in all its years of service, and when I tire of drawing, explore the grounds and stop by the Lighthouse Museum. I learn that the original, round lighthouse was built by order of President Millard Fillmore in the early 1850s, before being replaced by the current structure in 1858. It’s past lunchtime at this point, and I prepare to decamp to nearby Northport for a sandwich and a cold beer. I’m ready to eat, and satisfied with my work for the day.

I know it as “The Crib.” Others refer to it as the North Manitou Shoal Light, and it’s an offshore light station that replaced a lightship used to mark the shoal off the southern tip of North Manitou Island. Today I take a ferry from Leland to South Manitou Island, and it’s from the ferry I get my best glimpse of The Crib. Even though the wind is strong, I pull out my sketchbook to draw. The steel tower is three stories atop a two-story building; I know from stories my father told me that the lighthouse was completed in 1935, and when I was a very little girl it was still manned by a crew. I used to try to imagine what it would be like to live out there: Dad said the guys worked two-week shifts, followed by a week off. Sketching the lighthouse now, I imagine the crew watching television, maybe playing cards or joking by radio with passing ship captains.

Upon arrival at the island, I stop by the visitor center/museum, then head to the South Manitou Island Lighthouse. It’s an easy walk, about half a mile from the dock, and I take advantage of a tour to climb the 117 steps of the circling staircase and learn a little more about the history of the place. Again, I am struck by the stories of the brave souls who took on lighthouse keeping duties. There was Aaron Sheridan, who with his wife Julia proudly served as lighthouse keepers until they and their infant son lost their lives in a boating accident just off these shores in 1878. The light station stands 104 feet above the ground and commands a spectacular view of the Manitou Passage. Once I have returned downstairs, I quickly start sketching. I have an afternoon ferry to catch, but the fresh air and light are intoxicating. I can understand why the island, with its deep natural harbor, has always served as a safe haven from storms, for ships travelling to Chicago hundreds of miles to the south.

I return home to Grand Rapids the next day. It’s an easy drive, the summer light soft. I am humbled by the history of the Traverse City area, and energized by a reacquaintance with the stories and places that helped to shape my own history. I can’t wait to show Jim the sketches I’ve completed during my short visit. It’s hard to explain how honored I am to be a part of this place and its ongoing narrative.